Are you new to the Montessori philosophy? As you explore this educational child care option, take a look at the top terminology parents need to know.

While these are words you may hear in other schools, in Montessori programs grace and courtesy are central to the child's daily activities. This term refers to expectations for the child's behavior in social settings (with other children and with adults).

You may have noticed that the term "children's house" isn't used to describe classrooms for children under three. Does that mean Montessori schools don't provide care for, or educate, infants or young toddlers? Many Montessori programs have specialized environments, or nidos, for infants. From the Italian for "nest," the nido is your child's first step into the Montessori educational process.

One of the primary differences between Montessori education and a traditional child care center or school is the "mixed-age" classroom. Instead of each age separated into individual classrooms, Montessori programs mix children into developmental planes. The Montessori philosophy divides these into zero to three, three to six, six to nine, and nine to 12 years.

Also known as the work period, this is a three-hour cycle of uninterrupted play and exploration. Unlike other types of preschool programs, Montessori schools don't break class time down into individual activities or lessons. Instead, children are given the chance to experiment, make their own discoveries, and create their own learning opportunities.

Don't let the word "work" fool you into thinking Montessori classrooms aren't enjoyable spaces. In the context of this type of educational program, work is often synonymous with play.

The Montessori early childhood program is unlike any other child care program. Whether your child is a nido student or ready for the Casa dei Bambini, they'll have the opportunity to learn, grow, and develop in a carefully prepared environment that fosters independence and creativity.

For more information, reach out to local childcare centers that use the Montessori method. 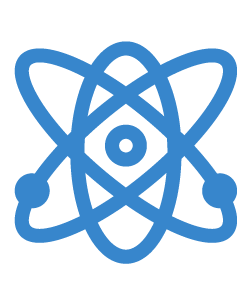 Child development is a popular topic among parents. Of course you want your child to develop into a functional adult who is able to hold down a good career, maintain friendships, and build their own family. Education is important, too. But have you ever thought of how the two intersect? Your child's education is really one component of their development. The skills they learn at school won't just help them get a job. They will help them create a home and navigate society. If you are interested in learning more about education and development, we invite you to read the articles on this blog.